AN INSIDE LOOK...The life of one little girl living in the slums of Brazil

The following story I orginally wanted to include in my summer newsletter, but that was getting WAY too long. So I decided to post it on my blog.

I wanted to share this story so that people could get an understanding of what life is like in the lives of children and families who live in the slums of Brazil. 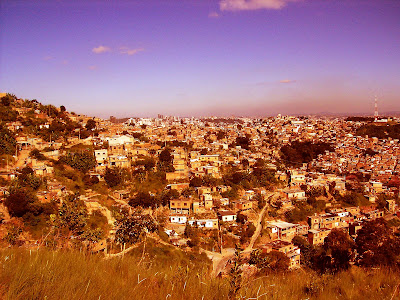 Every life has a different story. Many children are born into complicated family situations and histories, full of harsh realities such as death due to the drug trade, disease, poverty, abuse, neglect... 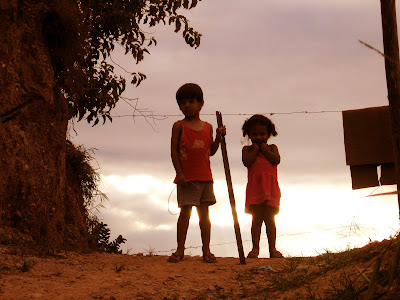 This is just one story of one little girl living in the slum of Cafezal, Belo Horizonte.
"The poverty of being unwanted, unloved and uncared for is the greatest poverty." 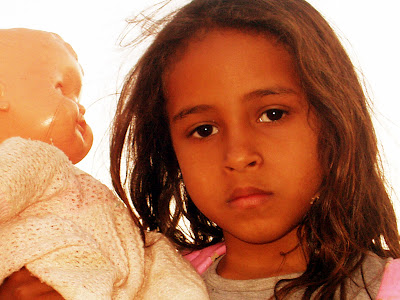 Her parents are separated. Maria, her three brothers and one sister (all under 13 years of age) were all living in their father’s house – yet this father is hardly at home and when he is at home he spends most of his time with his girlfriend. Maria’s mother abandoned the family a year ago. She had no contact with the family, but then in April returned for a visit and is now thankfully a part of her children's lives again.

Maria’s dad often leaves his children to live alone in their small, dirty house for two to three weeks at a time. He travels with his job and although he works a lot, the children do not have the basic necessities--consistent daily meals and proper care and clothing. A few weeks ago, Maria and her two brothers went into a neighbor’s home and stole food because they were so hungry. It is very dangerous to steal within a slum community because the drug lords enforce their own set of laws. If someone steals from someone else who lives within the slum the drug lords will beat or torture the person as a form of punishment.

Maria’s hygiene suffers as well due to not being properly cared for. She often arrives to our morning girls group wearing old, dirty clothing with many holes and smelling of urine. She also recently had a terrible case of lice! I spent some time trying to comb the lice eggs out of her hair, but after three weeks Maria still cannot seem to get rid of them! Maria is hungry for affection from a mother figure. She struggles to express her true emotions and is constantly seeking attention through unusual behavior.
Maria often spends hours playing in the streets. She has no concept of what day of the week it is or what time it is. She often has arrived late to the Light House simply because she has no one to help orient her with what time it is and what day of the week it is. Many times she would ask me, "Laura, do we have YWAM tomorrow?" I have always tried to help her remember the days of the week and when we have our girls group.
Due to many concerns about all the children in the family, some leaders from the Light House recently met with the father and mother to discuss the situation of this family. Thankfully some important decisions were made by the parents and hopefully the overall care and living conditions of the children will improve.
It was decided that Maria and her younger brother, who is six years old, are going to live with their mother and her new boyfriend (on the other side of town). Now these two young ones who need the most care and attention will be living with their mother. Hopefully this will be a good move and the children will transition into a new school and new neighborhood well.
The three older children will continue to live with the father. Both the father and the mother have agreed to do a better job of caring for the children. The parents are starting the process of getting an official divorce and the children will be allowed to visit each other and their parents on the weekends.
Please pray for this family! For healing, protection, restoration, and for the family to respond to the LOVE of God that is revealed to them over and over. There is HOPE for each child and the parents as well through the LOVE and REDEMPTIVE POWER of Jesus Christ!
All five children have participated in some way in the programs offered here at the Light House and we as a staff are going to continue to work with and monitor this family's situation. We desire that God will give us wisdom in how to approach and truly help this family.

* For her protection the child’s name has been changed and the photos are of other children from the same community.
Posted by Let Them Come at 2:34 PM