Last week we held the 2008 Summer Olympics here at the Light House Community Center!
Every year the center holds these special games. A YWAM Go Team (visiting from Holland) also helped organize and run this special event! Enjoy the photos below of our amazing week with the kids from the slum! 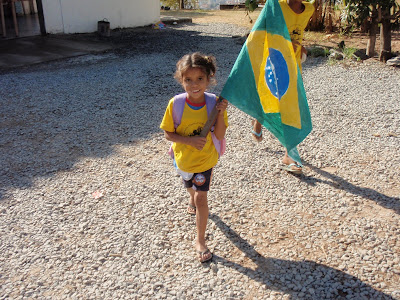 The Olympic flame being carried by the son of one of the missionary families serving here! 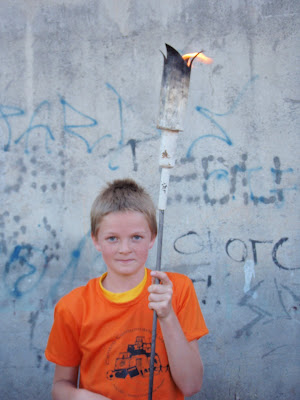 MY AWESOME TEAM!!
We represented the nation of BRAZIL!!! 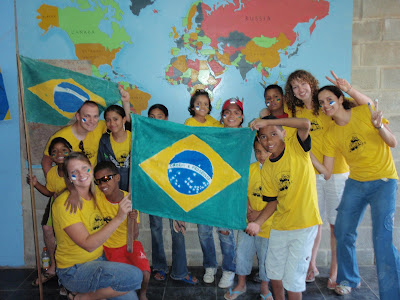 Painting our flag and preparing for the opening ceremony and the Olympic parade of nations! 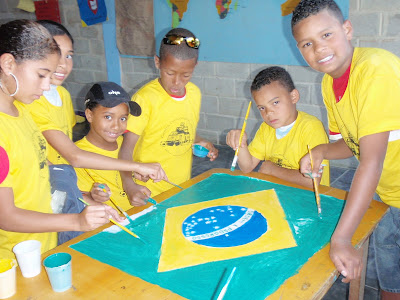 Our parade of nations on the streets in the slum. It is a beautiful view of the city here and you can even see the United States team (in the blue shirts) just in front of Brazil. You can also see the US flag in this photo. 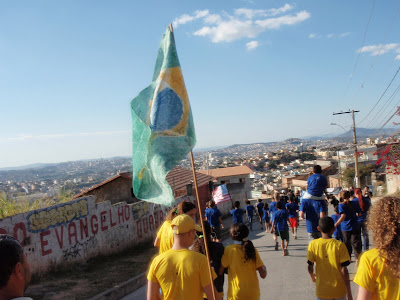 The Holland team cheering and singing with much spirit! This parade on the street was such an exciting experience. I thought of the words of a famous song,
"Open up the doors and let the music play, let the streets resound with singing!" 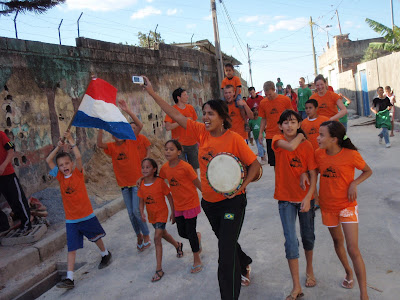 Each day we started our Olympic events with prayer! Here is a mighty man of God praying to start our day! What a precious one he is... 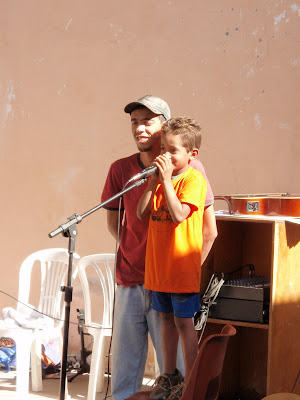 We also had a time of singing and worshiping the Lord! Here are my sweet girls helping me lead the worship time. 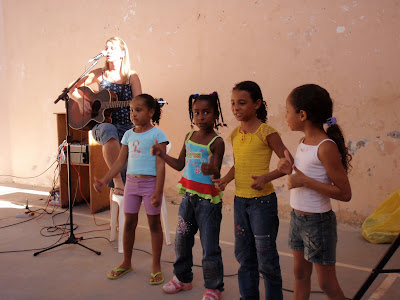 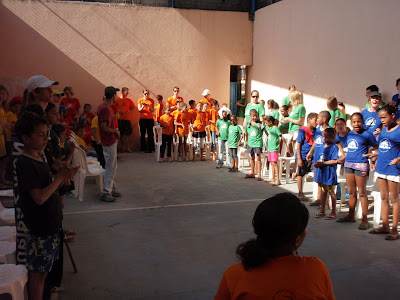 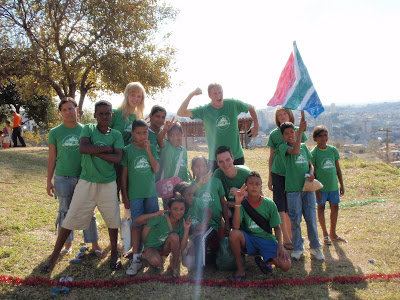 Jump the Creek! We measured which team could jump the farthest. 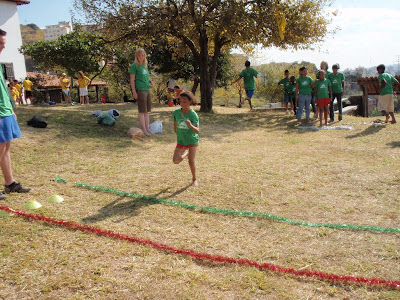 A swimming obstacle course in the Light House Pool! 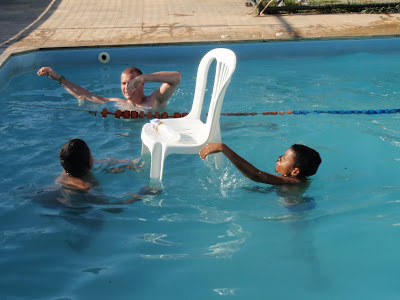 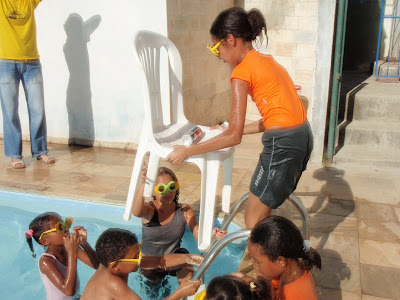 A obstacle course in the park!
The team with the best time won points. 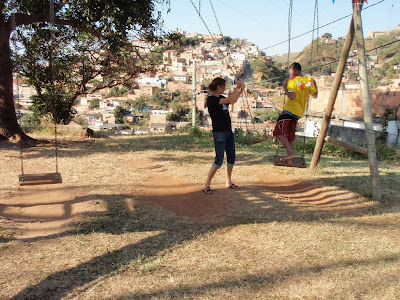 A team building activity. The goal of the game was to get a banana out of the tree without stepping inside a boundary line that was placed around the tree. The team had to work together and received points for how well they worked together and included everyone on the team.
The Brazil team in deep thought and discussion! 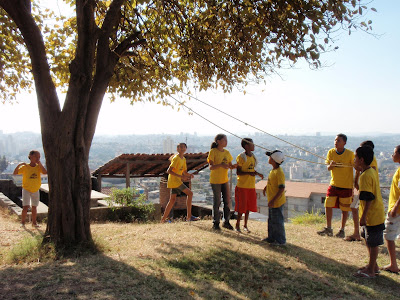 A bowling game! Each team won points for knocking down the bottles. 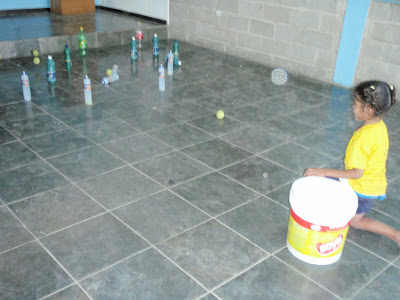 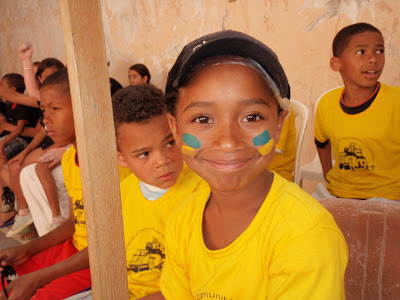 The leaders revealing the FINAL SCORE for the Olympic games! 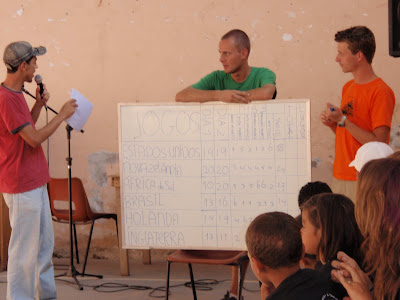 The MEDAL Ceremony! Cheering the kids on as they were receiving the medals!

This little guy is so serious about receiving his SILVER medal! 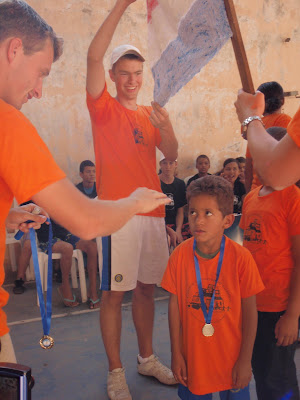 One of the girls from my morning group happy with her medal! 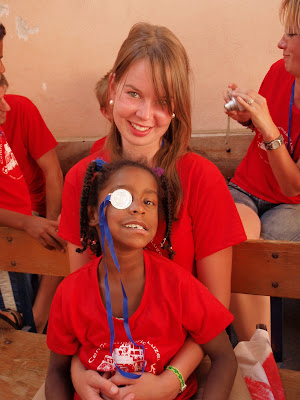 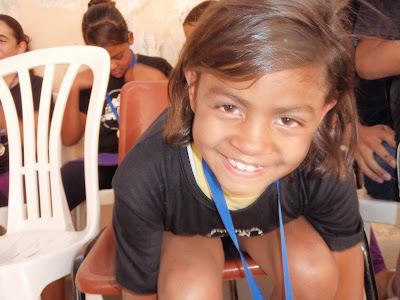 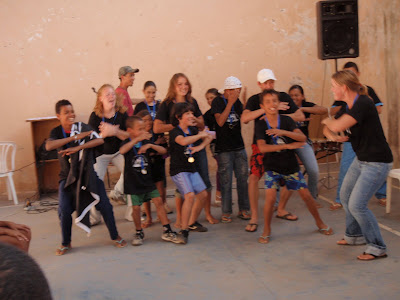 Now he is PROUD with his SILVER medal!!! 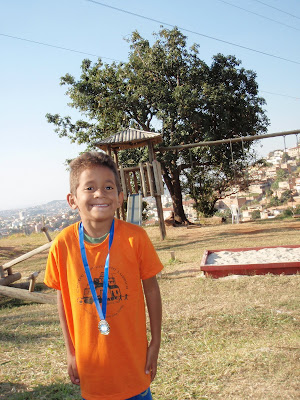 Happy and at home in the Light House... 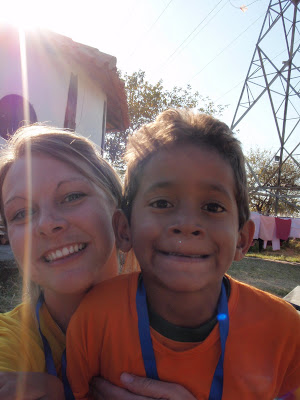