170 Children on a Thursday Afternoon...

Last Thursday afternoon we opened the Lighthouse Community Center to have a special children's program. About 170 children participated in all!  Here the children are arriving and waiting for the afternoon fun to begin! 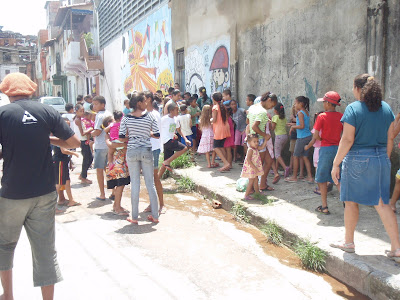 We currently have a team of 8 people doing their DTS missions outreach here at our ministry. They organized and led the afternoon with the help of the Lighthouse team.  Here two DTS team members are suited up in their clown outfits and ready to hit the streets in the slum to invite children to the afternoon event. I even went along to help translate. 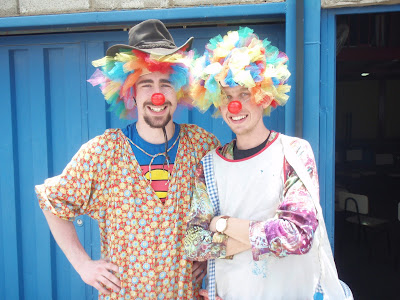 Before the program began, some of the kids from the community had fun playing with and holding Sophia.  She is quite the popular girl here and so many of the boys that Felipe has worked with really love her and are so sweet with her. 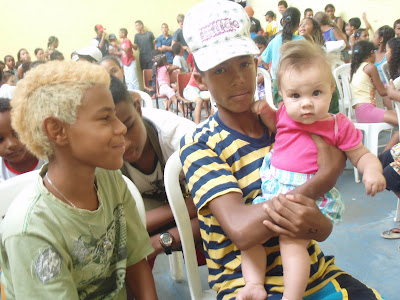 Felipe translated for the team and also explained the Lighthouse rules. 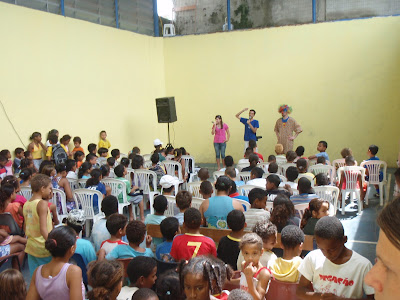 At the moment the children here in Brazil are on their summer vacation.  Since we live in the southern hemisphere, summer is during the months of December, January and February.  It gets quite hot here during the summer months and also quite rainy here in our region of the country.  We were thankful for a beautiful afternoon of SUN with the kids!
In different areas of the Lighthouse grounds the children played different games. 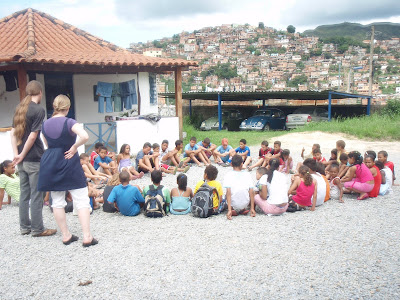 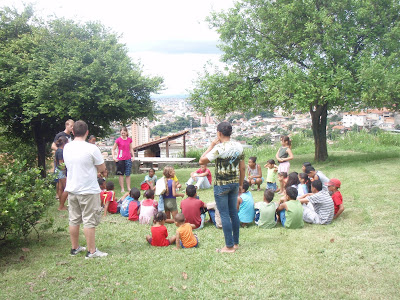 I really enjoyed this afternoon because I was able to lead a game for the kids who did not want to play soccer.  The game I chose for us to play was a game of numbers. The little ones loved this game! 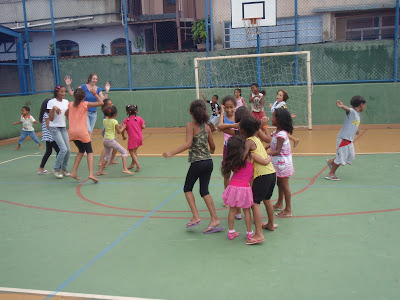 The idea of the game is that the children are to make a group of the number I call out. I would shout different numbers out and the kids would then make groups of whatever number I had shouted. All those leftover, who could not get into a group are then out of the game, and so the game continues...
Here are some shots of the kids making groups of 3. 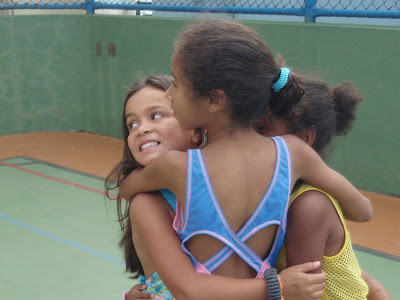 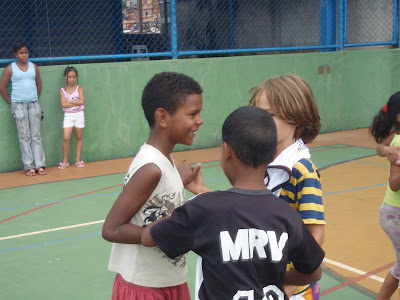 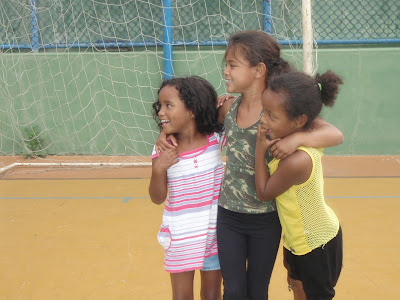 This time the children are making groups of 5... 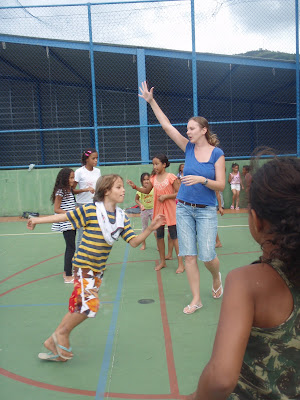 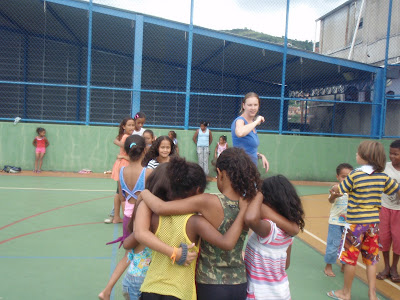 I really enjoyed this time playing with the kids and also talking with some that I already know.   Since I am often taking care of Sophia now, I have not been working directly with children as often as before. Last Thursday afternoon I really enjoyed  just being with the kids, playing with them and loving on them during this afternoon time.
One girl that I spoke with really touched my heart. She was having SO MUCH fun playing the numbers game and it brought such joy to my heart.  This young teenage girl had brought her 1 year old nephew along with her to the Lighthouse, and a friend was helping her take care of her nephew so the girl could actually play along and participate in the fun.
At first I thought that this young girl (who seemed to be about 13) was actually the mother of the one year old.  I asked her, "Is he your son?"  The girl responded, "He is not my son, but I am the one who is raising him. My sister lives on the streets and is on drugs so I am taking care of her son now.  I am raising him."
I was so happy that this young girl could have a fun time and enjoy a bit of her childhood at the Lighthouse, even though she already has the responsibility to raise a child at such a young age.  It really blessed me to see her running around, laughing and enjoying the game we were playing.
After the games everyone headed back to the main room for a puppet show, a small message, prayer and then back  home they went.  The kids really had a great afternoon! 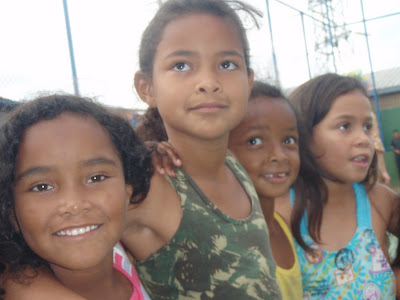 After events like this one, we usually have a meeting to talk about how the outreach went. We discuss the positive elements and think about ways to improve. We also end with a time of prayer...  It was a successful afternoon and we are looking forward to the next children's program which is planned for January 23rd! 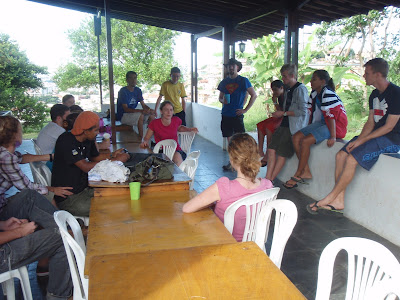