Jesus in the Slum 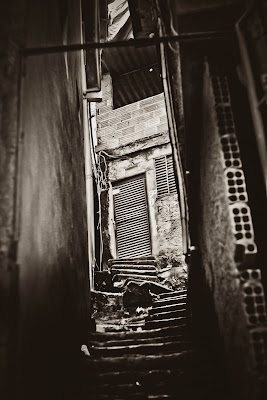 Look well at My handpicked servant;
I love Him so much, take such delight in Him.
I've placed my Spirit on Him;
He'll decree justice to the nations.
But He won't yell, won't raise His voice;
there'll be no commotion in the streets.
He won't walk over anyone's feelings,
won't push you into a corner.
Before you know it, His justice will triumph;
the mere sound of His name will signal hope, even
among far-off unbelievers.
Matthew 112:15-21 ~ The Message

Recently, as I was having time with the Lord, this scripture just jumped off the page at me.
As I was reading I was thinking about the love and character of Jesus.  I was imagining Jesus walking through the tiny streets of the slum where we live and serve.
I could see Him speaking to children and people - offering a kind word, smiling, and just taking time to be with the people. 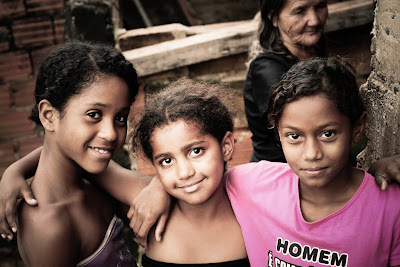 As He was going around the slum, (just as this scripture says) He was not yelling or causing a commotion, but the “mere sound of His name” signaled HOPE for even those who were considered far from becoming a believer.


I have continued meditating on this word from the Lord.  The power of HIS name offers HOPE, and HOPE is something that many people are in need of here in the slum of Cafezal.
I also have been thinking about how Jesus wants us to allow His love, His character and His life to flow through us.  He is not here on the earth physically, but the life of Jesus flows through our lives to all those around us.  We can literally be Jesus to the children, teens and adults living here in our community.


Just a few thoughts that I am having at the moment…  Please pray for us and for all the missionaries here serving at the Lighthouse Community Center.  Pray that we can walk in this revelation and allow the life of Jesus to flow through us to bring His HOPE to even those who are far off…
Posted by Let Them Come at 2:26 PM