Ana, the lost girl, was found!
She is doing well and is now with her father.
TODAY
Cida  (a missionary who works with this family) visited Ana's grandmother today. As I mentioned before, Ana's grandmother is not mentally stable. She is an elderly woman who frequently repeats herself and speaks as if she is confused most of the time.  Details and clear information were difficult to obtain from the grandmother, but Cida was able to get some information.
HOW WAS ANA FOUND?
Basically, after Ana was given away, a few family members were quite upset and they began to take action to search for Ana themselves. In all their searching they somehow obtained a phone number of the people who had "supposedly" taken Ana.  They did not believe that the number would actually work or even be the people who had Ana, but they tried calling it to see.  In the end, the number was surprisingly valid and it was the phone number of the people who had taken Ana! Over the phone, Ana's uncle threatened to call the police if the people did not give Ana back.  The people agreed to return Ana and her father went to get her.  Ana is now safe with her father at his home, which is located in another area of the city of Belo Horizonte. 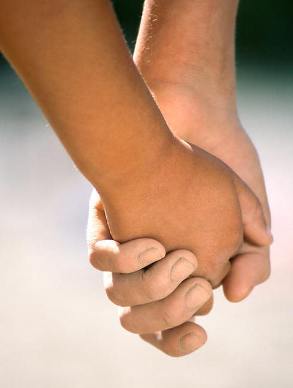 POWER IN PRAYER
I must say that through this whole situation I was blessed to see SO many people praying for this precious girl.  People ALL over the world were praying. I want to say THANK YOU for praying and interceding for Ana's life.  Thank you for caring too...  God truly placed His hands of protection over Ana, and I pray that He will continue to do this.
I see this whole situation as a great reminder of how there is power in prayer. As we unite in prayer, God hears, God answers, God works miracles, and God shows Himself to be True!  To Him be the GLORY!
CONTINUE TO PRAY...
Please continue to pray for this family.  Pray for Ana, as she is adapting to living with her father for the first time in her life.  From my understanding, it does not seem that Ana has a strong relationship with her father, however, he is demonstrating clearly that he wants very much to take responsibility of Ana and care for her. This is a good sign.

Also pray for Ana's grandmother, Ana's older sisters, uncle and aunt.  There seems to be much anger and frustration in this family because of this whole situation.  Pray that the family can work through their problems in a healthy way and encounter Jesus.
Also pray for Joyce and Cida, missionaries from the Lighthouse, who are working with this family.  They need much grace and wisdom to speak truth and to teach this family about who God is and how He calls us to live in love towards one another.

*Ana is a fictious name given to protect the child.
Posted by Let Them Come at 4:08 PM