An Interview with Daniel 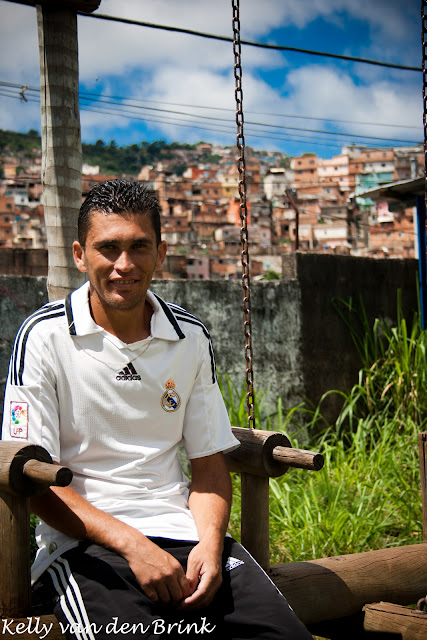 Daniel was born in Sao Paulo, Bahia (Brazil) but has lived in a slum called Cafezal for 16 years now. Daniel lives with his father. His mother died when she was giving birth to her second child.

Many years ago, Daniel’s father had an accident and needed specific treatment, so they moved to live in the city of Belo Horizonte, Brazil.

When Daniel was younger, he was among many of the boys who participate in the children’s groups at the Lighthouse Community Center. Today Daniel is a young man and we are very happy to see everything he has achieved in life and his potential to achieve much more!

Enjoy this special interview with Daniel!

Daniel, tell us a little bit about your life story.
Daniel:  I had a good childhood.  I moved to Belo Horizonte when I was 15 years old and I heard about a project called the Lighthouse Community Center.  At that time a man named Osvoldo was the leader of the project. One day he saw me playing soccer, he liked the way I played and then invited me to join a group at the Lighthouse.

I participated in various activities at the Lighthouse for three years - until I was 18 years old.  At this time, I was not studying or working so then Osvaldo invited me back to work at the project.  I worked at the Lighthouse for four years.  After this I worked odd jobs for another four years until I got a job working with a project in a local school.  I have been working with this project for one year now.

What was it like for you to attend a social project like the Lighthouse Community Center?  Do you believe that it contributed something to your life?
Daniel:  Yes! Thanks to the Lighthouse I accomplished a lot of things in my life, including building my home. I learned how to work with carpentry here at the Lighthouse which gave me a very good income. The money I earned I gave to my father and he saved it for us to use in the future.  To this day, I still do this.  I take my salary, I separate a little for myself and give the rest to my father to buy what we need, for example a new couch or something for our house.

I've always had many orders for my handmade wooden items.  Many people wanted to buy what I made, so I always left my work here at the Lighthouse for people to see and make orders.

How did you learn to do woodworking/carpentry?
Daniel:  Osvaldo taught me when I participated in a group at the Lighthouse. At first I did not enjoy it because I was just thinking about playing soccer all the time.  Then I started to see what the boys were making and I discovered that I liked to do it as well.

Osvaldo was my first customer and I sold a lot! My work is now in several countries - the Netherlands, Japan and England. It was with this money I could buy the house where my father and I live today. My father saved the money and we bought a house.  When we bought it there was only one floor, but now we have three floors. We rent out the first floor, we live on the second floor and my father uses the third floor to take care of his birds.  He is retired and really enjoys caring for his birds. 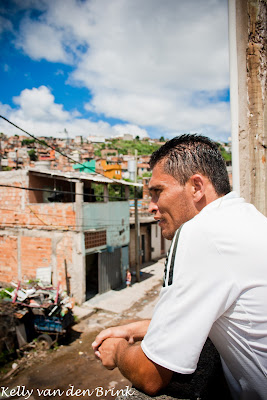 So the time you spent here (at the Lighthouse) was good for you?
Daniel: Absolutely! It was very good. I remember the soccer championships and participating in the Olympics at the Lighthouse ... Those were moments that really impacted my life. 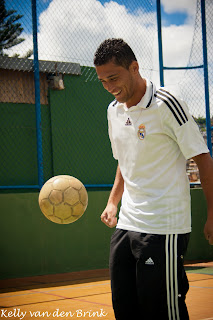 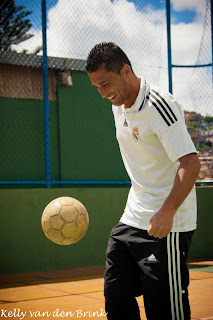 Tell me about your history with soccer.  Even today I hear many people talking about the talent that you had to play soccer.
Daniel: I love soccer and I have played really well since I was a little kid. When people saw me playing, they compared me to soccer players such as Sávio and even gave me nicknames using the names of famous soccer players. I underwent tests to play on some local teams – Cruzeiro, Atlético Mineiro and América, but I did not pass.

What was the reason you did not pass the tests?
Daniel: It's because at the time I did not have a sponsor, someone to support me financially.  I think if I would have had someone to help me, like a sponsor, I could even be a professional soccer player today.

How do you feel about that?
Daniel:  Oh, I believe it was the will of God that this did not happen. I believe God had other plans for me. God knows all things.

But you are still working with sports, right?
Daniel: Yes, I have been appointed to work as a sports monitor in the school project I work with.  I identify a lot with this job because I enjoy working with children and teenagers and I love sports.

What motivates you to work with children and teens in the area of sports?
Daniel: I believe that sports can give a new perspective on life for children and teens. There is so much going wrong in the world and if kids are focusing on sports then they will not have time to focus on all the wrong things.
Have you thought about working in social projects in poor communities or slums in the future?
Daniel:  Yes. It could be here or in another community or slum that I don't know.  I really would like to work in a social project to invest in the lives of children, like people have invested in my life.
How do you see the community (slum)?
Daniel: I'm a little sad because I see many bad things happening.   I see kids losing themselves in drugs.  I don't know what needs to change to help get these kids out of this kind of life. I have lived here for many years and I have known a lot of the kids (since they were really little) who are not here anymore because they have lost their lives to drugs.   There are only a few who chose the right path.

I think that this (involvement with drugs) is one of the worst things happening here.  I think it is really good for there to be classes and other things that give a new perspective to the kids living here.   There are not just bad things happening here, there are places like the Lighthouse Community Center where there are friends that I know I can count on.  I have nothing to complain about here.  If you know how to live right, it is a good place to live. 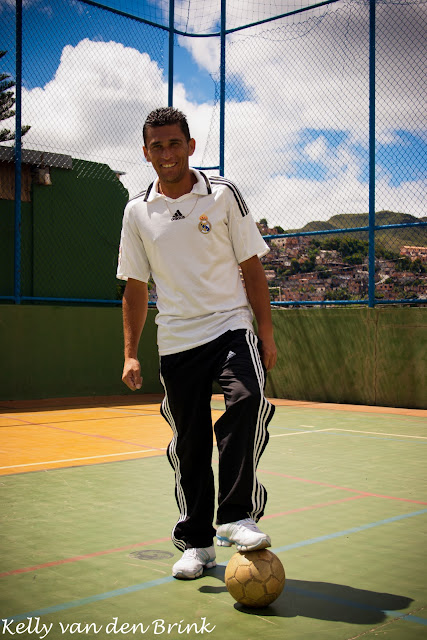 What are your future plans?
Daniel: I want to go to college, study Physical Education, graduate, work, marry, raise a family... But these things are more for the future.  Right now I want to study and work.

Well, we're wrapping up this interview...  Would you like to say anything else to those who will be reading this interview?
Daniel: Yes, the community (the slum) is not the way people think - only a violent place. There's a lot of good here too.  I would also like to thank those who helped me and gave me opportunities to be able to participate here at the Lighthouse Community Center. Thanks so much! This blog post was written by my dear friend Kelly van den Brink.  Kelly is a Brazilian missionary who serves with Youth With A Mission (YWAM) along side the Matias Family in Belo Horizonte, Brazil.

Kelly has a desire to see poor communities all over the world transformed by the power and love of Jesus Christ.  She writes and takes amazing photos about her passion on several blogs.  Together with her husband Tijs, Kelly leads a YWAM training school called the Foundations of Community Development, teaching people how to work  in the area of community development in needy and poor communities.  I was a part of this school last spring and it was great!  To read more about this training school click here.
Kelly interviewed Daniel who is currently living and working in the slum where we also live and serve.  As you can see, God has powerfully used the ministry of the Lighthouse Community Center to impact Daniel’s life.

I hope you enjoyed this testimony!  We pray that God will continue to use the ministry of the Lighthouse Community Center to impact many many more children and families!
Posted by Let Them Come at 7:19 PM