A Dream Come True at the Zoo

This week we took our girls group to visit the ZOO of Belo Horizonte! 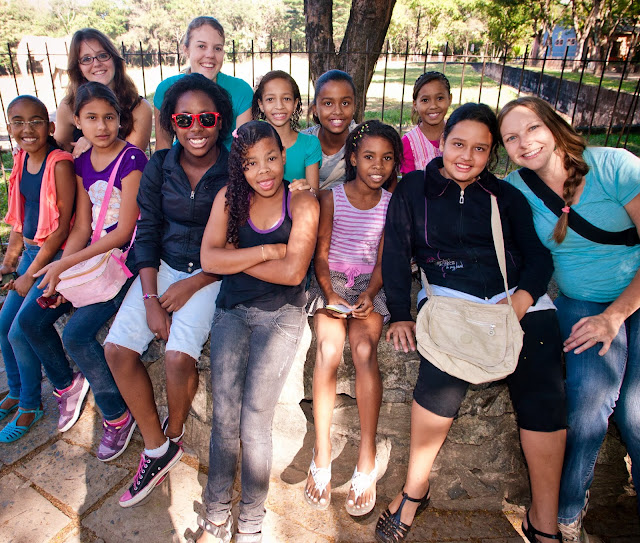 Sabrina, the girl pictured below, had never been to the zoo before.  During a classroom activity  a while back, we were all talking about the different dreams we have.
Sabrina's dream was to go to the zoo. 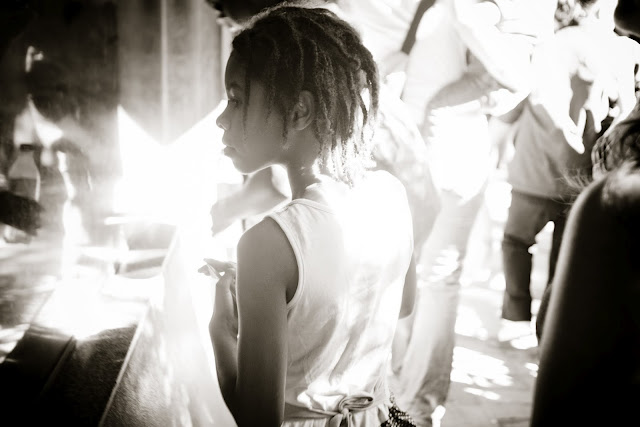 So together, with the collaboration of another missionary who serves with YWAM Belo Horizonte (our friend Jonathan), we planned a group field trip to the zoo, just so Sabrina's dream could come true.
It was a special day for Sabrina! 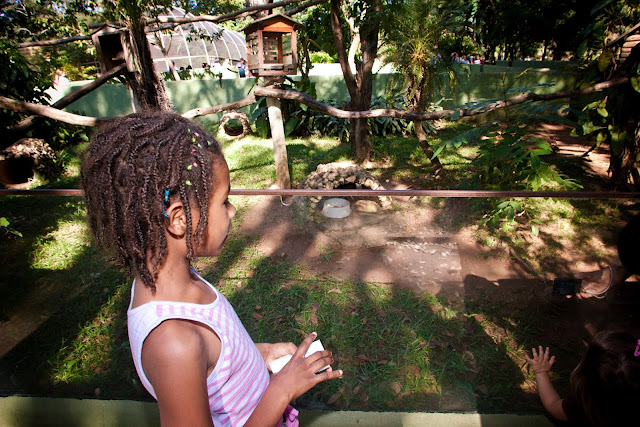 Sabrina's face was literally beaming as we began to walk through the zoological park.
All the girls in the group dressed up in their best clothes for the outing.  It was the first time I had ever seen Sabrina in a nicer piece of clothing, and a dress at that! 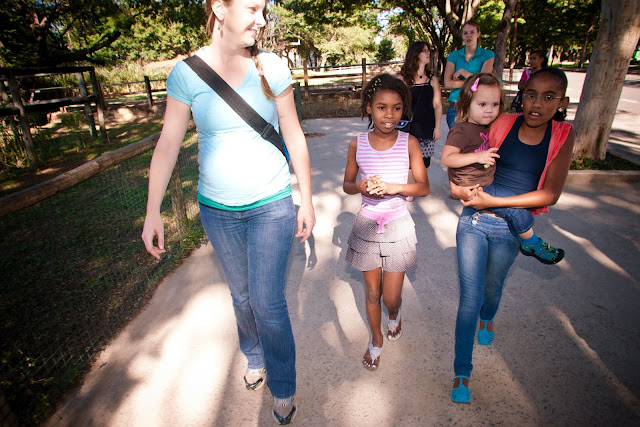 The girls also borrowed cameras or cell phones from family members to be able to take photos of our outing.  I was really surprised that SO many of the girls even had a camera or a cell phone.   I commented about this to Felipe and then I learned something new...

In the slum there are actually lots of cheap, used cameras and cell phones for sale.  Often times, the people who steal cell phones and cameras come to our slum to sell the items to get fast money.  Unfortunately, this is a reality and the reason so many of our girls have these things. 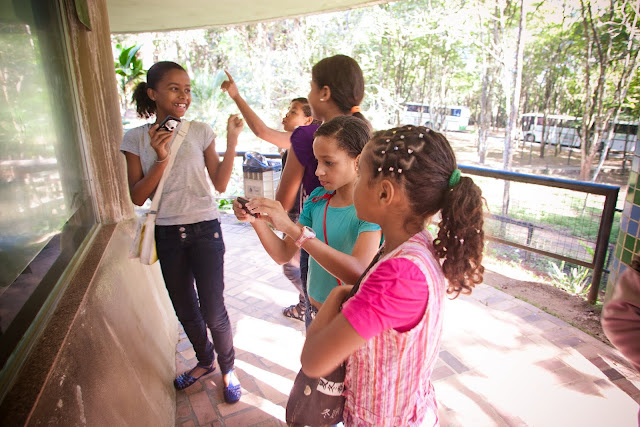 The girls were literally taking photos constantly!   We have so many photos of the girls taking photos, it is funny! 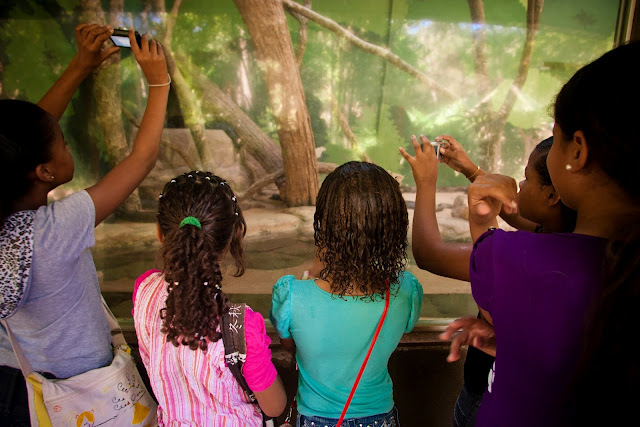 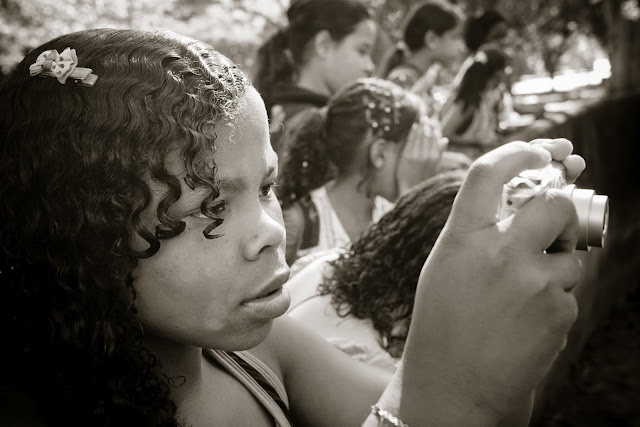 Petting a beautiful snake through the glass... 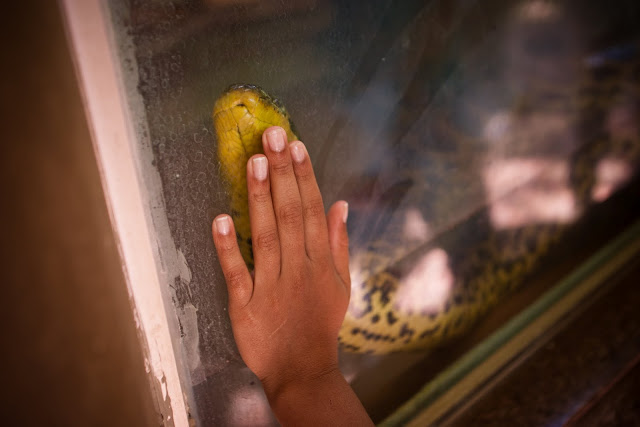 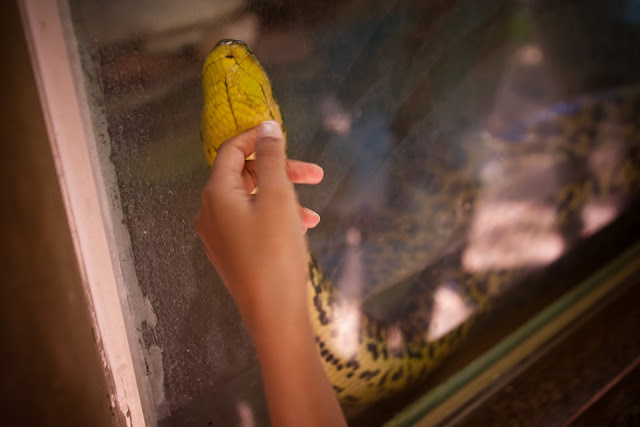 Admiring the chimpanzees playing on their playground. 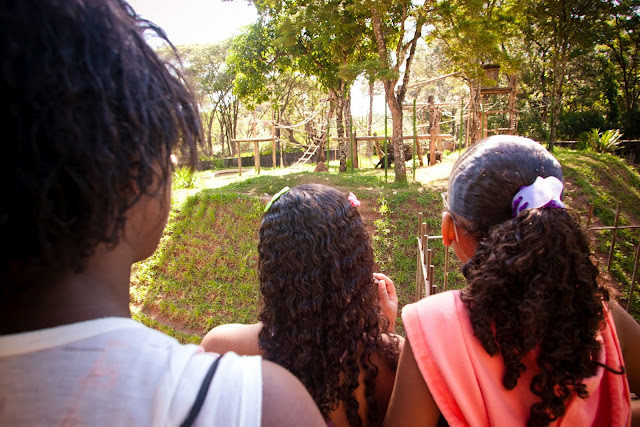 Sophia enjoyed the zoo too!  The last time we went to the zoo was on her 1st birthday and she definitely appreciated it MUCH more this time around. She recognized many of the animals and could even say their names.  As she saw the various animals she would also say, "Aww, cute!" 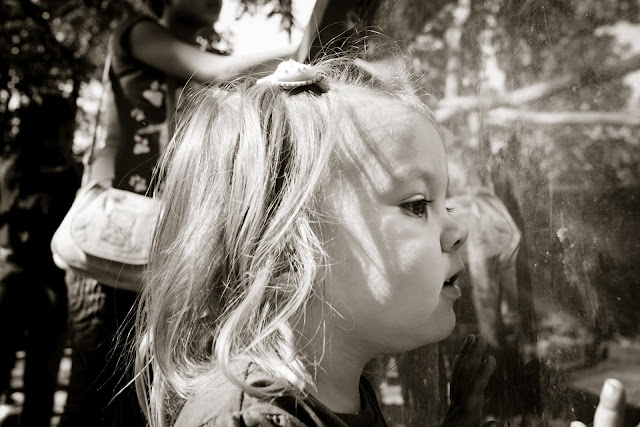 We had a great time at the ZOO! 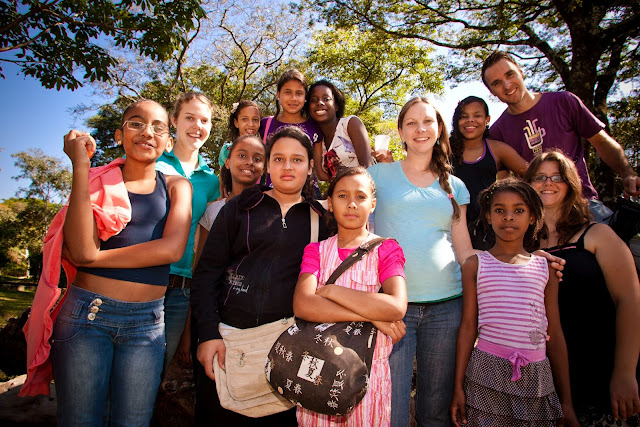