Since we began volunteering at a ministry called the Sower House, I have been singing weekly with the younger kids who participate in the programs there.  One of the children's favorite songs is a song about King David and how he sang, prayed, praised, leaped, and danced before the Lord (2 Samuel 6:12- 16).  The song encourages the kids to be like King David, and worship the Lord with all of their hearts and strength.

A few of the younger kids and I even presented this song in a recent Saturday night worship service,  held every other week at the Sower House ministry.  Enjoy seeing a short clip of the end of our performance, with Jessie and Sophia joining in too.

I must say, the kids absolutely love singing this song and doing the motions that go along with it.
This week we made this craft - a harp - to remember how David played his instrument to worship the Lord. 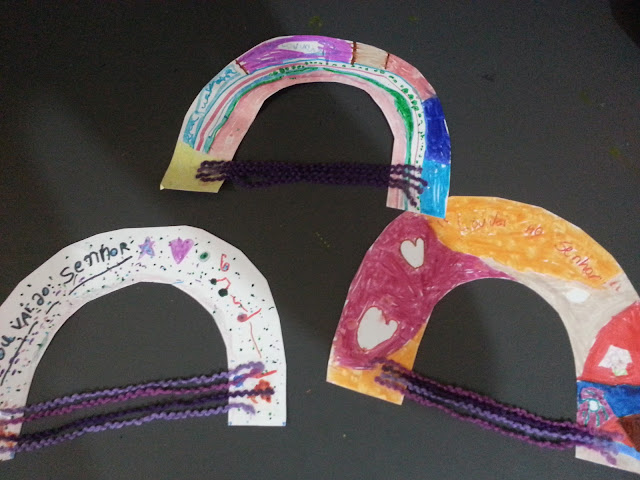 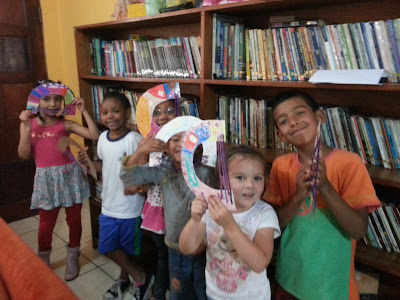 In the kids group Felipe works with, they are also studying the story and life of David.  They have just learned about David and his relationship with King Saul.

Here, Felipe is showing the kids a map of Israel and the land of the Philistines, as he was answering various questions the kids had. 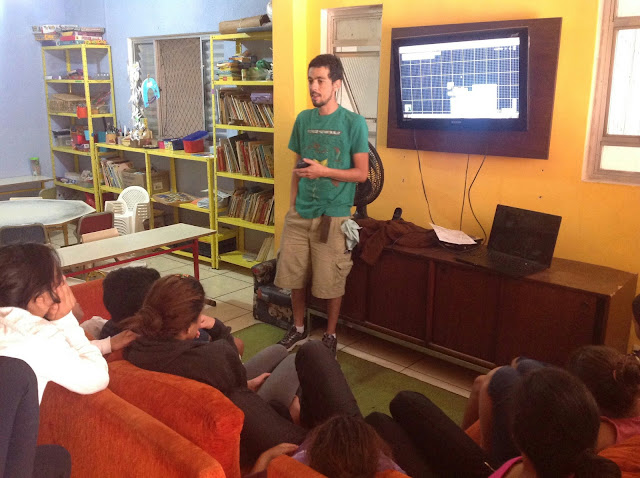 Felipe also created a coloring sheet for the kids in his group! 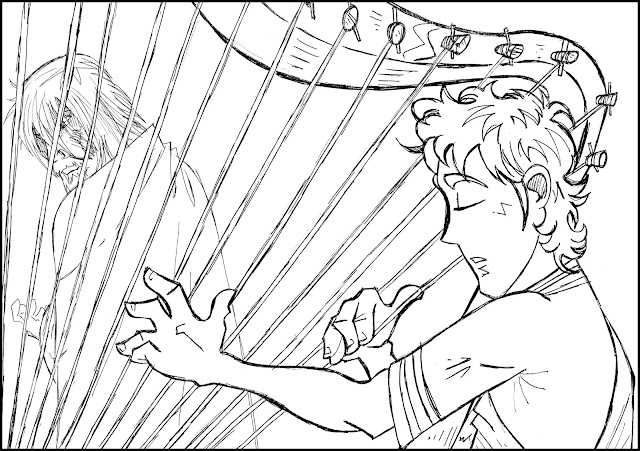 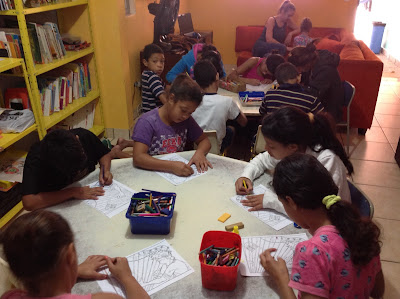 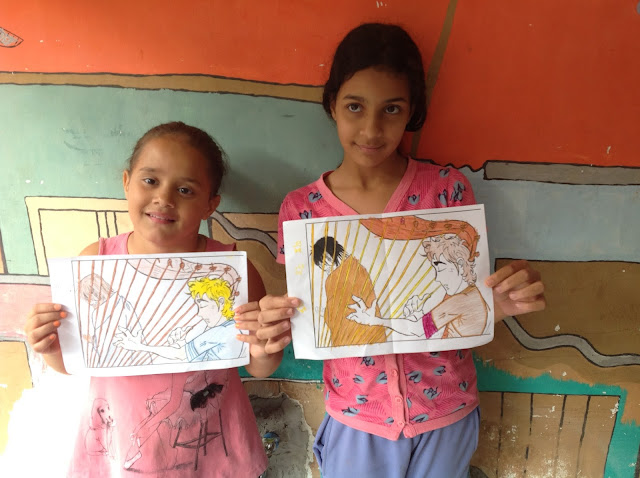 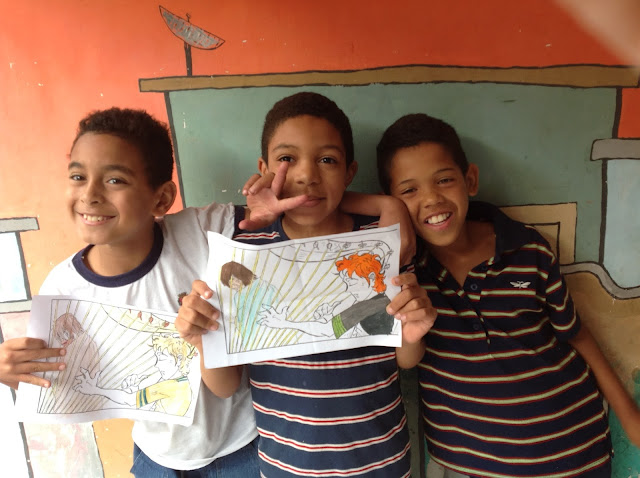 It is our prayer that all these children will be worshipers of God - singing, praising and living life in relationship with the Lord, like King David!
Posted by Let Them Come at 4:26 PM