For some time now, Felipe and I have been concerned about Jessie's speech.   Living in Brazil she is exposed to and learnng two different languages - Brazilian Portuguese and English (the language we speak at home).  Jessie's English is much much stronger than her Portuguese, but she honestly struggles to communicate well in both languages.

Jessie is not an extremely talkative girl (by nature), and several months ago we began to notice her frustration increasing significantly when she would try to tell us something and we could not understand her.  Jessie would often end up in tears and we would still be clueless as to what she was trying to say.

In November we did some formal testing, and now Jessie is going to speech therapy sessions every Thursday morning.  She also does daily speech exercises to practice various sounds she has difficulty pronouncing.   The exercises also help strengthen the muscles in her tongue, which will aid in improving her overall pronunciation. We are already seeing improvements, and Jessie seems to be communicating better and better every day!

Jessie's speech therapist also strongly suggested that we place Jessie in a preschool as a part of the speech treatment.  This would force her to speak and have social/speaking interactions.  So just last week Jessie began preschool! 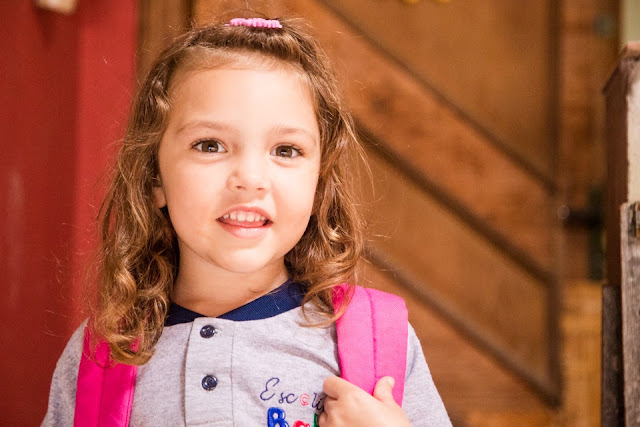 Jessie is going to a little Brazilian preschool located right around the corner from our home. I can easily walk her to and from school, which makes things easier logistically for our family when Felipe is at work (Casa Semear) with our family car.

Jessie is loving preschool so far, and we can tell she feels extra special that she is now going to school like a big girl! Please keep her in your prayers as she overcomes her speech difficulties, and as she is learning to speak more in Portuguese at preschool.  Thank you! 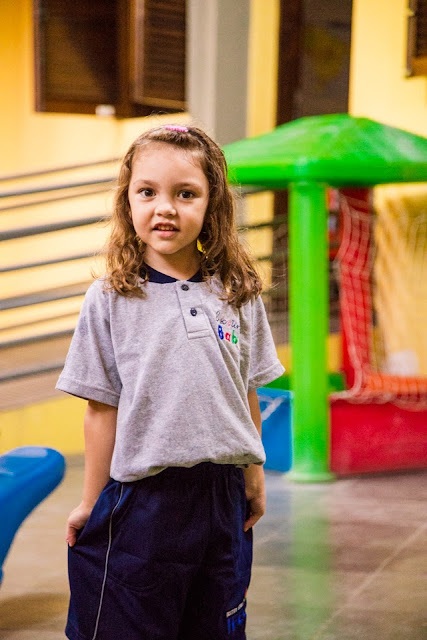